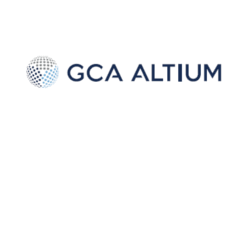 GCA Altium, alongside UBS, has co-advised CH Media, a leading Swiss media group, on the acquisition of 3 Plus broadcasting group, a Swiss private television station. The acquisition makes CH Media the largest private Swiss TV provider and marks CH Media’s commitment to television and entertainment and an investment into its future.

CH Media reaches around two million people in German-speaking Switzerland through regional newspapers and online portals, radio and TV stations and magazines. With sales of around CHF 480 million and over 2,000 employees, it is one of the largest media companies in the country. In 2019, its national TV stations and the newly acquired 3 Plus broadcasting group combined achieved a net daily reach of over 800,000 viewers and a market share of 10.4% in the advertising-relevant target group. Together with the regional TV stations, that number adds up to 1.1 million viewers daily.

The 3 Plus group of channels, which features the brands 3+, 4+, 5+ and 6+, produces a number of successful owned programmes such as The Voice of Switzerland, which will launch in 2020, and broadcasts top international series and blockbuster free-TV premieres, is one of the most successful media houses in Switzerland. Founded 13 years ago by Dominik Kaiser, 3 Plus is now an indispensable part of the Swiss TV market.

Roger Elsener, CH Media Managing Director, said: „I am delighted that we are now not only number 1 in Swiss private radio, but also in Swiss private TV. I would like to welcome the successful 3 Plus group of stations to CH Media. We believe in the future of moving images and entertainment. Together, we have even greater growth opportunities and will invest in new, innovative offerings.“

CH Media CEO Axel Wüstmann added: „With the takeover of the 3 Plus broadcasting group, we have reached a milestone for CH Media – just one year after the founding of our joint venture CH Media.”

No further details were disclosed.