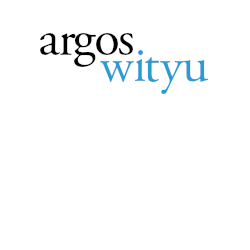 Argos Wityu, the independent European investment fund, and Epsilon Research, the online platform for the management of M&A transactions on unlisted companies, published the mid-market Argos Index® for the 3rd quarter of 2019. This index, launched in 2006, measures changes in the valuations of Eurozone private mid-market companies in which a majority stake has been acquired during the last six months.

The mid-market Argos Index® has remained remarkably stable at a historically high level. The reversal of the M&A market’s upward trajectory (in volume) that began in early 2019 has been confirmed by a decline in value of 11% worldwide and 32% in Europe. Eurozone mid-market M&A activity followed the same trend in Q3 2019, declining 26% in volume and 34% in value compared to the second quarter.

Although the volume of private equity exits has been stable for several years, the number of corporate sales of subsidiaries has fallen since 2018. This decline sharpened in Q3 2019. Divestiture of subsidiaries, once the principal source of unlisted transactions, now only accounts for 30% of them. This lack of supply partly explains the volume decline, despite it being a seller’s market.