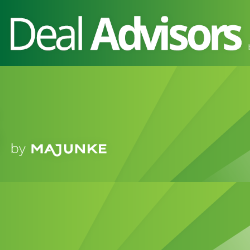 Germany’s second-largest mail service provider, Postcon, announces the successful completion of the change of ownership from PostNL to the Quantum Group. Following the signing in August 2019, the acquisition has since been approved by the German antitrust authorities.

„Postcon’s success is based on a clear strategic positioning as an attractively priced specialist and solution provider for business mail. The time has now come to take the next step and further expand Postcon’s market position under Quantum Capital Partners“, said Christian Holland-Moritz, who is a passionate advocate of a competitive mail market and, as new Managing Director, will be responsible for the strategic positioning of the Postcon Group in the future.

The 52-year-old has been involved in the alternative mail market since 2005 – both as an entrepreneur and as a manager – and is a proven industry expert. Among other things, he was Chief Operations Officer at Postcon from 2014 to 2016. Christian Holland-Moritz also has experience outside the mail market: as CEO and managing director, he has successfully implemented strategic realignments in both listed and medium-sized companies.

The reason for the change of ownership of Postcon is the decision of the former parent company PostNL to focus on its core business (mail, parcels and e-commerce) in the Benelux countries.

Meanwhile, the future looks bright for Postcon: According to the Federal Network Agency, the German alternative letter market with Postcon as the leading provider was able to further expand its market share to approximately 16 percent.

In addition, the Federal Ministry of Economics is pushing ahead with an amendment of the 20-year-old Postal Act in order to further promote market competition and address key issues such as increased abuse control – to the benefit of the liberalized letter market, its players and customers.

About Postcon: As a specialist for business mail, the second-largest mail service provider in Germany reliably ensures the cost-effective delivery of more than one billion items per year, from business letters to catalogues and mailings to mailbox-compatible items. Business customers, print service providers and the public sector benefit from a high level of expertise, integrated solutions and tailor-made, attractively priced products from a single source. Postcon – together with third parties – reaches every household in Germany: with ten sorting centers, about 1,200 of its own delivery staff in the Rhein-Ruhr region and more than 120 delivery partners. Postcon employs a total of approximately 3,500 people, plus an additional 1,000 employees through shareholdings.

About Quantum Capital Partners (QCP): QCP is a manager of funds who invests in corporate carve-outs and other special situations across Europe („Quantum Group“). The QCP operations are managed through its Munich headquarters, as well as its offices in Milan and Madrid. The Quantum Group acquires companies with significant potential for operational improvement, growth and development. As an active and responsible owner, Quantum Group works closely with local management to ensure that its subsidiaries implement a continuous development plan and growth strategy. Since its inception in 2008, the Quantum Group has acquired a variety of businesses from world-leading companies such as Robert Bosch, Stora Enso, Honeywell, Airbus, Nestlé, Mahle, Henkel and Norsk Hydro. With a total of 26 completed acquisitions since 2014, the Quantum Group is one of the most active investors in its sector.