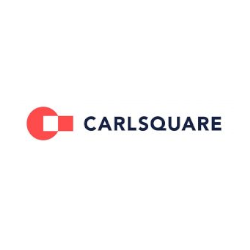 Reform, which sells affordable kitchens, designed by world-renowned designers and architects, has received funding from VF Venture. With the deal, the founders of Reform have found a competent partner for the further digitalization and accelerated growth of their asset light, sustainability-focused and brand-driven business model.

Reform was founded in 2014 by Jeppe Christensen and Michael Andersen in Denmark. Reform has successfully established itself as an international design brand with showrooms in Copenhagen, Aarhus, Berlin, Cologne, Hamburg, Munich and New York and the founders have consequently relocated to Berlin. The latest showroom was just opened in Los Angeles.

By the end of 2020, Reform’s novel designs and high product quality has been nominated and won more than 40 design awards. They have demonstrated a unique ability to secure partnerships with world-renowned designers and architects such as Bjarke Ingels Group, Muller Van Severen and Norm Architects, which is a clear differentiator compared to the traditional kitchen companies.

“When we decided that we wanted to get additional funding in order to accelerate our growth, we appointed Carlsquare to support and manage the fundraising process. This allowed us to reach a wide range of international investors, while still being able to focus on the day-to-day business.
We had numerous discussions with competent potential partners and finally decided to invite VF Venture on board for our continued path to create the coolest, design-driven kitchen brand in the world. With VF Venture’s competencies, we are certain that they will be a valuable sparring partner as we embark on the next part of our journey of growing Reform. With the funding received, we now have a strong foundation to realise our ambitions of increasing our geographic footprint and expanding our product portfolio in a sustainable way. We look forward to the journey with VF Venture,” says CEO and co-founder Jeppe Christensen.