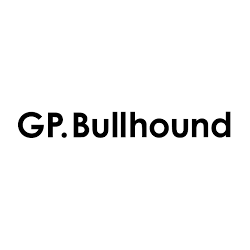 GP Bullhound is expanding its German operations with the announcement of two new offices in Frankfurt and Munich, complementing its Berlin office, and thereby further strengthening its presence and influence in the DACH region, with a total of 20 colleagues across 3 cities. Founded in 1999, with a global team of 180+ employees, the technology advisory and investment firm now has 13 offices across key hubs such as London, San Francisco, New York, and Paris.

Since 2004, GP Bullhound has completed a total of 51 deals in the DACH region, and officially opened doors to its Berlin office in 2012. According to the 2022 Titans of Tech report, Germany ranked fourth on the European Unicorn list, boasting 13 companies for a cumulative value of $26.08bn, and the country has a booming tech scene, reaching far beyond the capital of Berlin, as demonstrated by this launch.

This milestone highlights GP Bullhound’s rapid advancements and expertise in the German market, having advised Signavio on its $177m fundraise led by Apax Digital, InnoGames on its sale of an equity stake to Modern Times Group in a transaction valuing InnoGames at €260m, Exit Games on its $50m minority investment by Skillz, Mambu on its €30m investment led by Bessemer Venture Partners, the €100m trade sale of Astragon to public listed Team17, and the €180m investment in Echobot and Leadfeeder by Great Hill Partners, among many others.

Julian Riedlbauer, Partner and Head of DACH operations at GP Bullhound, commented: “I am delighted to welcome Ivo and Martin to the global Partnership group, it is great to see that we are strengthening our team with such renowned and experienced tech bankers, who will help us take our German operations to the next level, given our new locations in Munich and Frankfurt, which will enable us to provide much more coverage of the regions and its tech entrepreneurs and to PE and VC investors than ever before. I look forward to embarking upon the next chapter of our German success journey, solidifying GP Bullhound’s existing footprint in Germany.”

Ivo Polten, Partner, who will head the Munich office, has more than 20 years of M&A experience, with a focus on the technology sector. Prior to joining GP Bullhound, he worked at goetzpartners, KPMG Corporate Finance, and Deutsche Bank. Ivo has worked on multiple buy-side and sell-side M&A transactions, where he specialised in IT Services & Digital Services, B2B Software and Internet/Digital clients, as well as numerous growth and private equity firms.

Martin Rezaie, Partner, who will head the Frankfurt office, has over 10 years of experience in technology M&A, having advised on more than 40 successful transactions, and he focuses on the Software, Fintech, and Digital Commerce sector. Martin was a founding member of the GCA Altium (later Houlihan Lokey) Frankfurt office in 2012.

About GP Bullhound
GP Bullhound is a leading technology advisory and investment firm, providing transaction advice and capital to the world’s best entrepreneurs and founders. Founded in 1999 in London and Menlo Park, the firm today has 13 offices spanning Europe, the US and Asia. For more information, please visit www.gpbullhound.com.