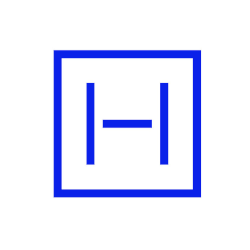 Highland Europe has strengthened its industry-renowned team with the promotion of Jean Tardy-Joubert, Gajan Rajanathan and Ronan Shally to Partner. Tardy-Joubert and Rajanathan joined Highland in 2017/18 from Qatalyst, the San Francisco-based boutique investment bank serving the global tech sector, while Shally has been with the firm since 2014 and is Highland’s Chief Financial Officer.  By promoting Gajan, Jean and Ronan, Highland Europe is better positioned than ever to help the founders it backs to achieve their ambitions. Highland Europe is differentiated by a high-touch, collaborative approach to helping companies scale globally.

All Private Equity Deals in Europe you can find HERE!

Highland Europe also announces today that it closed its fourth fund, raising €700M to double-down on its strategy of backing the continent’s most outstanding founder-led teams in software and internet businesses.

Just as mission-critical tech and innovation have been instrumental in enabling businesses and individuals to continue functioning during the pandemic, technology looks set to play a key role in an eventual economic recovery. Reflecting this, Highland saw significant commitment from investors, resulting in an oversubscribed €700M fund.

Fergal Mullen, co-founder and partner at Highland Europe, said: “During 2020 we have seen 10-year trends in tech adoption compressed into one year across both consumer and business segments. Software has gone mainstream and it is mission-critical. The opportunity at the growth stage in Europe has never been more evident or more urgent. Highland Europe’s role is to bring capital, our deep network and scaling expertise to companies that can make it all the way to IPO. We have the track record, the team and a highly selective and focused strategy to help Europe’s most promising tech businesses become global leaders.”

Scaling software businesses to become global leaders requires expertise, insight and capital. Europe’s tech companies are proliferating at Seed and Series A, but remain starved of funding at growth stage. Figures from Dealroom.co show that European companies raised 38% of global venture capital at Seed, but this figure dropped to 21% at Series B and 14% at Series C (rounds of €40-100M). Until this is fixed, Europe will not reach its full potential, let alone challenge the dominance of the American and Asian tech giants.

Without good European sources of capital, many promising tech companies will struggle to raise the funds needed to fuel international success. According to one estimate, just one in eight European companies reach scale, compared with one in four in America. Highland Europe is determined to address this massive opportunity with a continued focus on mission-critical growth stage software and consumer technology companies, which have demonstrated compelling market traction and global ambition.