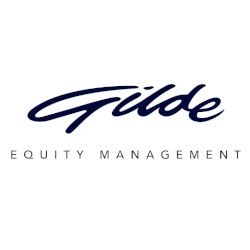 EV-Box, global market leader in charging stations, will become listed on the stock exchange in New York. The Dutch company was originally founded in Almere in 2010 and acquired by Gilde Equity Management four years later in 2014. After the very successful growth, the company was sold to energy specialist ENGIE in 2017, with a stock exchange listing as the latest development.

In its first years, EV-Box was active in a Dutch market for electric vehicles (EVs) that was still in its infancy. Founder Bram van der Leur, however, was determined and convinced of the future of electric driving, both in the Netherlands and in the rest of the world. After the first years, Gilde joined as a new shareholder with the ambition to make EV-Box global market leader.

To realize this ambition, various structural investments were required: a substantial expansion of the team, a new head office in Amsterdam, international offices in Copenhagen, Madrid, Paris, New York and San Francisco, and a completely redesigned infrastructure and product range. Everything with the explicit goal of being fully scalable, international and future proof. The result was unprecedented growth from 10,000 to more than 85,000 charging stations in more than 1,000 cities and 55 countries worldwide.

EV-Box embarked on the next phase of exponential growth following the partnership with Engie. The French energy giant acquired a majority stake and additionally committed to invest tens of millions in the company. A strategic importance given the ambition to be a leading player in the upcoming global energy transition. The most recent decision has been to sell a majority stake to a so-called special purpose acquisition vehicle (SPAC) in order to be able to attract even more growth capital through the resulting stock exchange listing on the NYSE. Thereby also increasing its exposure in its most important growth area: North America.

The implied valuation of EV-Box equals $ 1 billion with a global base of 190,000 charging stations spread over 70 countries.